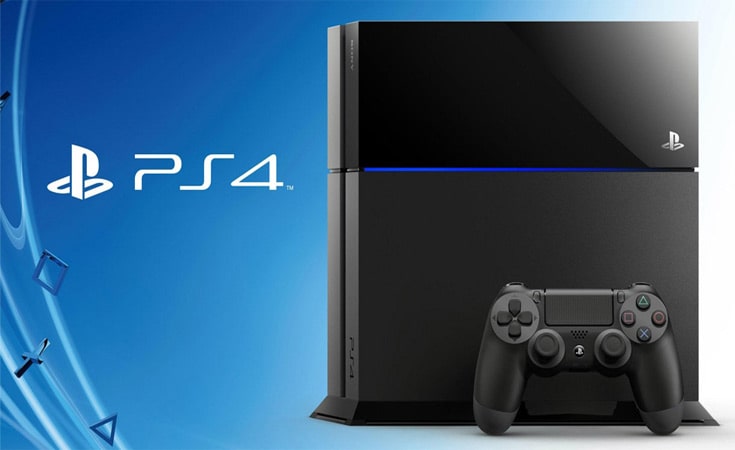 Assume that you are sitting at your gaming chair with having complete control over your game. You are fully prepared to experience that excitement of your gameplay. Then, all of a moment, your PS4 turns on with a loud beep. The noise level rises rapidly. It makes a sound like a jet is about to take off in a few minutes. It irritates us. Is that correct? The sound of the PS4 loud fan has now spoiled your whole gaming experience.

In this era of gaming console contests, the PlayStation 4 is without a doubt the undeniable winner. The PS4 revolution has transformed the gamers’ expectations with a strong GPU, a redesigned DualShock console, and an extensive range of unique, intensive games. However, it isn’t a complete device.

As well as being known for its unique games, the Sony console is also famous for having a pretty loud fan base. This issue has bedeviled many PlayStation 4 holders over the years, and that can ruin your fun. Is there any way to calm down this fan? Why is my PS4 fan so loud?

Dust is one of the most frequent and significant causes why your PS4 fan is loud. However, this does not happen immediately, and it takes a few months for the dust to accumulate around the fan after purchase. Not only can fans make a lot of noise, but it’s also challenging to hear gaming sounds. It also causes your games to lag and take much longer to load than usual.

This complete guide will tell you specific reasons for the PS4 loud fan and how to fix this noise issue.

Why Is My PS4 Fan So Loud? Reasons for PS4 Loud Fan

There can be specific reasons for PS4 fan loud: hard drives, cooling fans, dust, highly-intensive games, and old or broken consoles. Now we’ll go over each of them in detail:

The hard drive of your console can be the leading cause of its loud noise. It’s most common when the platters are spinning in search of data.

The hard drive making lots of noise is a wrong indication. It’s a hint that your PS4 hard drive isn’t working correctly. You must address the issue as soon as you identify it.

Dust is another cause of your query why my PS4 is so loud? The dirt or dust is all around us, and you can’t get away from it. Sure, you can clean the outer surface; however, airborne dust gets into your console as well. The more dirt enters into the PS4 console, the louder it becomes.

The solution for this problem is to use a dust cover such as Foamy Lizard Dust Cover to clean it properly. The benefit of this Foamy Lizard cover is that it’s perfect for the original PS4 console.

When the console turns on, you can not use the dust cover. Instead, apply it to keep dust out of the system when playing games. The leather-textured dust cover has such a soft fleece inner lining that resists dirt, liquid, and dust. The back panel gives protection without having to remove the cables from the back of the device.

The cooling fans are among the major causes of making the PlayStation gaming console noisy. The fans spin to keep the machine cool as the console, processor, and motherboard generate heat.

It makes a sound if the cooling fan is loose, dirty, or sluggish. The noises may be intense, and your PS4 might not be cooling as quickly as it should be. As a result of the overheating, it will shut down.

The PS4 collects dirt, dust, and lint over the period, and this disables various components. As a result, these components stop working correctly. Fans and motherboards are two components that dust harm.

As time goes, various items of an old or broken PS4 console will lose their strength. After a significant duration of the use, most may break down. As a response, the noises produced by your PlayStation 4 will get increase. Most of the time, this is the cause of your controller making noise. Whenever we talk about PS4 loud fan noise, dust, and missing parts are a concern.

Games containing amazing graphics are entertaining, but they’re also stressful on your device. It might lead the CPU to heat up, causing your PS4 fan to rotate nonstop.

The fan accelerates and attempts to cool the system whenever this continues, resulting in the obnoxious noise users encounter. It can also occur if your game isn’t loaded correctly or not installed completely.

The below are some of the best and possible ways to fix the PS4 loud fan problem so that you can enjoy low noise and smooth gaming.

1. Determine the cause of the noise

Before we apply any solution, we always first have to understand the problem. So, first, you need to identify that which thing is causing the noise.

You must ensure that you are resolving the correct problem from your PS4 console before applying any fix. To begin, pay attention to the nature of the noise.

If the noise is coming from outside the fan, you’ll know it’s the fans. If your console is shutting down because of excessive heat, the issue is most likely the fan. Your PS4 isn’t getting enough cooling. If you hear rattling noises coming, some components are likely to lose.

On the other end, a whining noise may come from the hard disk, which is a sign of its failure. This noise can be deafening and begin when you switch on your system or when it is in use. The sound will not end until you turn off PS4.

Now, you are well aware of the things which are producing loud noise. It’s time to apply the following fixes or methods to reduce that noise.

2. Make sure your console is in a ventilated area

The fan starts when your PS4 begins to heat up. To control the heat within the device, the fans accelerate faster. When the console overheats and the fan can’t keep up, it turns much quicker, making even stronger noises than usual.

The only solution is to make sure your system ventilates adequately. Remember that the cooling fans are on either side and back of the console. The air intake vents are on the sides, and the exhaust grilles are on the back. Ensure these places are clear of any blockages so the cooling fan can bring as much cool air as possible into the PS4.

Furthermore, avoid covering your PlayStation with any materials such as bags, coats, or towels. Don’t put something on its top. The only purpose is to make sure that enough air passes through your PS4 fan. That way, the system won’t have to work as hard to keep cool.

It’s never a good idea to keep your PS4 console in a closed cabinet, particularly if you’re gaming. That is a pretty specific way to warm up your gaming console immediately. It will not only make your fan noisy, but it will also possibly cause significant harm to your PlayStation 4.

3. Use a cooling stand

Since the PS4’s cooling fan is at the bottom of the device, raising it allows for improved airflow. Allow some room beneath the console for the fan to rest and calm down. You can lift your console with any item you have on hand, but you can also buy a cooling stand.

The cooling stand will let the air ejected from the console escape without colliding with the table. A cooling stand can help prevent overheating and extend the life of your system.

The stand enables you to position your PS4 vertically, which reduces sound and heating. The following are some recommended cooling stands you can buy:

Given that the PS4 heats up on its own when in use, playing in a warm climate is not recommended. If at all possible, keep it in a place with a pleasant temperature.

We’ve seen reports of PS4 buyers hearing weird sounds while using their consoles in rooms with a temperature of 82 degrees Fahrenheit. Hold your console in an area with a maximum temperature of 73 °F for best performance.

When your game database is damaged, the CPU goes under a lot of strain. Among the factors the hard drive begins to make noises is because of this. In addition, the CPU starts to overheat.

When you have games installed incorrectly, you will have the same issue. It begins to break down. In response, the CPU subjects to extreme stress, it burns up in return. When your device gets too hot, the pressure transfers to the fan, which creates such a loud noise.

So you’ll have to work with your database and games to solve the issue. Reinstall the PS4 system program if the situation remains. This way, you can be sure system failures don’t cause the problem.

6. Use compressed air can

Even if you take every measure to ensure that your PS4 has adequate ventilation, dust will eventually accumulate in its vents and other small crevices.

The only solution to the problem of this dust accumulation without taking down your PlayStation is to use a compressed air can. Make sure the PS4 is turned off and disconnected before proceeding.

That is the most straightforward and efficient method for cleaning out your PS4. You can use this approach to clean your console once a month to keep it in good working condition.

7. Use a vacuum cleaner

Even though so many PS4 customers have advised avoiding using a vacuum cleaner to clean out the vents, the user guide states that this is an effective and safest method.

If you have a vacuum with a small nozzle attached, place it near the back and side intakes to suction most of the dust away.

It’s worth noting that even with a vacuum, you’re unlikely to get all of the dust out from the vents without disassembling the PS4. If you plan to clean your console with a vacuum, wait a little bit before turning it back on to allow the temperature to return to normal.

Please keep in mind that this approach is a little unconventional and not be the best choice because that might bring damage to your system. So, if you want to go with this, proceed with caution.

If working on the device problems and putting the PS4 in a well-ventilated area doesn’t resolve the issue, you’ll have to develop something better. You’ll need to open the PS4 and work with the components that are triggering the noises.

Note that If you apply this method and open your console, you will end up PS4 warranty. So, If you still have the remaining one-year warranty of your PS4, then send it to Sony or any certified dealership.

When talk about dealing with issues on your PlayStation 4, make sure you have all you need. To open, clean, and do something else with your PS4, you’ll need the appropriate equipment. If you use the incorrect tools, you will end up causing more issues with your console rather than fixing them. Here is what you need to do:

Since games began to become more GPU-demanding, the concern of loud fan noise has troubled the console gaming industry. Since gaming devices are unlikely to switch from air to water cooling, fan sound will almost certainly remain a problem in the upcoming console generation.

Even so, fan noise is not something to prevent any gamer from involving themselves in their gaming environment for many hours. PS4 fan loud is a minor problem that you can easily handle with a bit of maintenance and the right atmosphere.

Finding a suitable method to solve PS4 loud fan is not something too much difficult task. Above, I have listed some possible solutions that you can apply depending on the source causing the noise.

3 thoughts on “Why Is My PS4 So Loud? Reasons And Fixes Of PS4 Loud Fan”