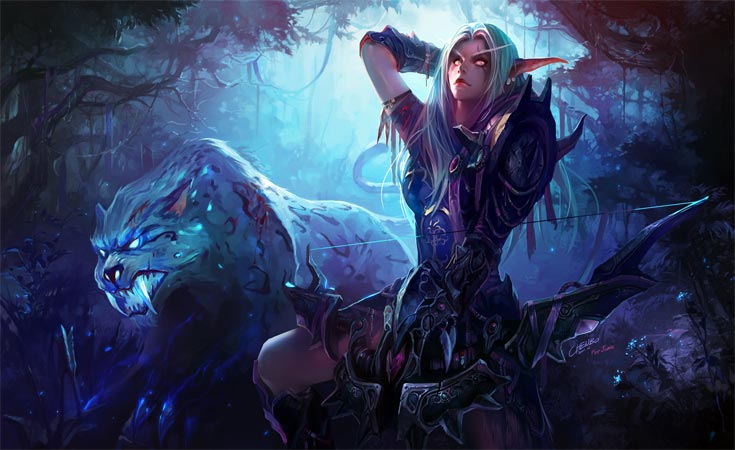 Despite the fact that World of Warcraft Classic represents the ancient age, it still continues to be quite successful. So we are here with WoW classic server populations in 2022.

Without any doubt, the World of Warcraft is one of the well-known and popular MMO games. There was a Classic Warcraft before the launch of the very first expansion pack which was Burning Crusade. After that, the game received 7 more additional expansions. This expansion brings aspects from both worlds, giving you the classic sentimental feel but also some fresh and interesting enhancements.

Players can make their way on any server in World of Warcraft Retail without having to worry about the population. Dungeons, battle groups, and in certain situations guilds, auction houses, and raids are connected as one due to the servers linking with each other.

But that’s not the case in WoW Classic, you are only limited to your server. You are not allowed to transfer between the battle groups or even play with your friends from different servers. You can only perform WoW Classic server transfer after paying $25 once you have decided on the server.

Still, there are many lovers of Classic Warcraft who love to explore the lands of the WoW Classic realm. The relaunch of Burning Crusade expansion has forced the newbies to get into the WoW Classic and check out why it has so much excitement. This surely put an effect on the population of the server. You should have selected the right server in Classic if you are just starting because you can’t change it after that. So, let’s dive straight into the list of WoW Classic server populations in 2022.

Read also:- How to unlock Zandalari Trolls in WoW: Shadowlands

What are the realms in WoW Classic?

When you run the game for the first time, your first priority may be to pick a desired character for the battles and check out which server is already selected. By looking at the top right corner of the screen, you can see the server on which you are right now. The realm will just be displayed in the upper area of your characters’ list.

The following are the WoW Classic server populations which are only for Europe.

Just imagine that you have just started WoW and picked a server of your choice. After that, you have found that your friends are not on the same server which you have chosen. Instead, they are playing on a different server and now you also want to select that server so you can play with your friends.

If you want to do WoW Classic server transfer, there is something called Character Transfer that you require. You can purchase it for $25 from the battle.net shop. But the point to remember is that you are not allowed to transfer the Classic character into the Retail World of Warcraft.

So, below are the step to obtain a Character Transfer:

For detailed information about Character Transfer, you can check Blizzard’s terms and conditions.

So, that’s it from our end about the WoW servers. We recommended you check out every realm before you make your decision to pick one server of your choice.