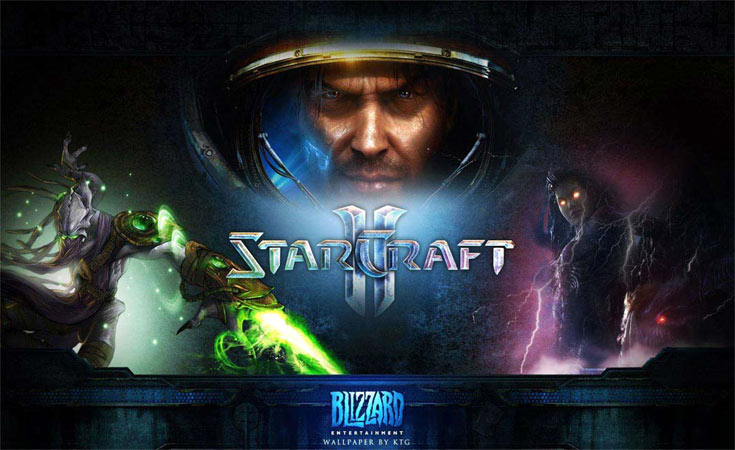 If you are interested in playing one of the popular and best RTS games, StarCraft 2, but you don’t know what specs I need to run this game. Today, we are here with the complete guide about the minimum and recommended StarCraft 2 system requirements. What features you need in your gaming PC to have fun with this amazing game?

To run StarCraft 2 depends on your gaming PC capacity, which hardware features your system has. If you know which specifications your PC contains, then you can compare them with the below-mentioned minimum and recommended StarCraft system requirements. These are the requirements that Blizzard recommends for this game.

For your help, we are here with all those details that you require to play StarCraft. If they’re underneath, you might like to think about upgrading the weak part. But as the game is too old, I guess you will not face any issue and can play it without spending more on a new item.

StarCraft 2 is the follow-up of the series of RTS genre game StarCraft. It has so much improved and required graphical and gameplay upgrade and a fresh storyline, and a load of new features.

It was released on July 27, 2010, and it has a large number of active gamers. You can build a strong system that is enough to play at 720p and 1080p with the right processor, GPU, and RAM. More, you might enjoy the game with a higher GTX, RTX, or even a medium-price AMD Radeon graphics card. You’ll need at least an NVIDIA GeForce GT 520 or ATI Radeon HD 2600 XT to attain good frame rates at all settings.

The fascinating single-player campaign of StarCraft 2 takes place four years after the Brood War story of StarCraft. Once more, players take on the role of Jim Raynor as he battles the villainous Terran Dominion. In the same way as its ancestor, StarCraft 2 stands tall in its competitive multiplayer area. The game includes humanoid Terrans, extraterrestrial Zerg, or psychic Protoss, each with its innovative armament.

StarCraft 2 comes up in three different parts: Legacy of the Void, Heart of the Swarm, and Nova Cover Opt. These add several new missions full of excitement in the single-player campaign, and each of them focuses on a particular species.

No matter how much it is old, Starcraft 2 is still a popular eSports game with many supporters and active gamers who help fuel a thriving multiplayer environment where players will have no trouble finding eager opponents. You can also find StarCraft 2 cheats here, which you can use in single-player campaigns.

For optimal gaming performance, StarCraft 2 runs best on the Windows operating system. So, If you have some other OS that is not suitable for the game, you can either shift to Windows or another option to look for StarCraft replacements or alternatives because you can’t run this game.

Below are the Starcraft 2 minimum requirements for Windows, which your hardware should at least contains.

So above, you have seen what are the minimum hardware specs. Now is the time to look at the recommended StarCraft 2 PC requirements:

What are the best hardware suggestions?

This game is very much outdated and belongs to the pretty challenging real-time strategy genre. Starcraft 2 is rather tolerant on newer devices, and the possibilities are your pc will easily exceed the minimum standards. Although, if it goes wrong in some cases, then with minimum specs, you will get 30+ fps with medium settings at 1920×1200 screen resolution.

If we talk about the recommended StarCraft 2 system requirements, you can set FPS settings on ultra and can get 60 frames per second with 2560×1600 display resolution. However, turning it at higher options will significantly increase the frame rate number.

As stated earlier, StarCraft 2 can operate well on any current PC, so there isn’t something more we can say regarding individual advice or difficulties that need to be overcome.

Is StarCrat 2 a graphically demanding game?

StarCraft 2 depends upon the CPU specs more than any other thing. If you want to run this game on higher or maximum CPU settings, your system should have at least an Intel Core i5 4460. In terms of graphics, a GTX 750 ti GPU can easily run this game on ultra settings, whatever the screen resolution is.

How many cores does StarCraft 2 have?

According to Blizzard Entertainment, the game uses only two cores of the processor at a single time. If you have a four-core processor like most Intel Core i5 CPU features, the thread scheduler option of Microsoft distributes the game process amongst all four cores. Furthermore, in CPU-bound settings, as Starcraft 2 is more dependable on CPU, also when “maxed out,” the cores can only expect 50% usage between all four. And this is aggravated by an i7 processor that handles four more logical core threads.

Although the developer offers a broader range of games than many other esports beasts, this game was still the most popular, with a loyal following. The game was allowed largely free-to-play in 2017, allowing it to reach more people; however, further additions remained expensive.

Is StarCraft 2 CPU or GPU intensive?

Check out our another StarCraft guide: