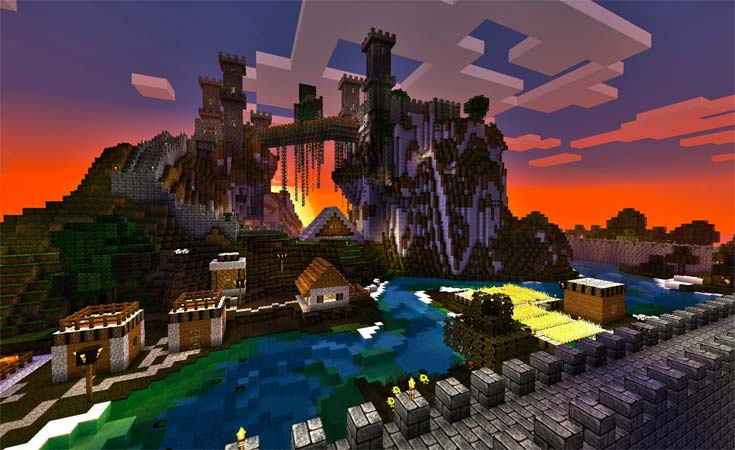 A quick guide about the best Minecraft tips for beginners on what they need to do.

As you jump to play Minecraft for the first time, the initial stage can come off as daunting. But, once you get accustomed to the nitty-gritty of the game, it’s highly addictive, the reason why millions of fans still play this game after its launch back in 2011. In fact, Minecraft is one of the most successful games of the modern gaming era. No game has maintained such a huge player base for such a long time, not even the big MMORPGs.

Minecraft is a perpetually updated game. New updates are introduced frequently. Minecraft serves virtually all platforms from Android, iOS, Switch, PC, macOS, and more. So, if you are looking to get started with this game, there couldn’t be a better time as the devs are introducing some wonderful new things to the game.

Stay with us through this guide and we will share the best Minecraft tips for beginners, so you can get the hang of the game from the get-go.

Also Read:- How to Make a Splash Potion of Weakness Minecraft

1. Build the Basics of Survival – Bed and More

As you start out with the game, you basically have nothing and have to build everything such as shelter, tools, weapons, etc. While there are a lot of things to build, the bed is probably the most important as you would use it as a respawn point. It’s also the refusal you require to stay away from the night creatures that you would want to avoid in the initial stage when you don’t have proper weapons to fend off their attack.

To make the bed, you require wood and wool. The required quality would be met if you chop down a tree and collect wool from three sheep.

Wood is one of the most crucial resources in the game that would be required to make a lot of things including the Crafting Bench. Punch any nearby tree and you will get logs, you can make these logs into planks from inventory.

Once the pickaxe is made, you can collect stones with it. These stones can be used to make swords, hoe, shovels, axes, and different types of pickaxes. This is kind of a turning point in the game as you have tools and a weapon.

Sleeping in a bed protects you against the creatures at night, but the sheep wool required for the job may or may not be found on the first day. So, to protect yourself you will need to build a shelter. All enemies in Minecraft are known as Mobs and they are crucial to progressing in the game, but until you have crafted some weapons, it’s best to stay away from them.

They come out at night. Use wood and stone that are easier to find nearby to build a home and survive the first night.

Getting objects to make things is fundamental in the game. The materials depend on the type of area you are in. In the case of Minecraft, the zones are called biomes and you should keep in mind the obviousness that some of them present.

In other words, a biome of a very small island will have few resources, a desert does not have much to offer us, a forest will have a lot of wood to collect, a mineral mine…

You must bear in mind that, in the case of minerals, depending on the pick you use, it will take more or less to get blocks.

In addition, to create a block of a mineral you need several units of the same mineral, which in turn can be converted into ingots, which is what you will actually use to create other objects.

There are a lot of materials to collect to create objects and, above all, portals, but the most important are the following:

Read also:- How to tame a fox in Minecraft

From the first moment in the game, you will have to create objects, armor, weapons, and tools to be able to advance on your journey. The first thing you need to do is build a crafting table, which in turn will be what you actually use to create objects.

To create the creation table, forgive the redundancy, select the option to create from inventory, and place four wooden blocks forming a square in the lower corner.

From this point on, you will create the most important tools and objects from here. It is a very visual process and, to some extent, logical. For example, a sword is created by placing a piece of wood in the lower center part of the table, and on it, two of the minerals from which you want to create the sword, that is, handle and blade.

A pick would be two pieces of wood (the handle) at the bottom center of the table, and three horizontal pieces of ore (the pick) at the top.

There are countless recipes to create objects of all kinds that will help you on your journey.