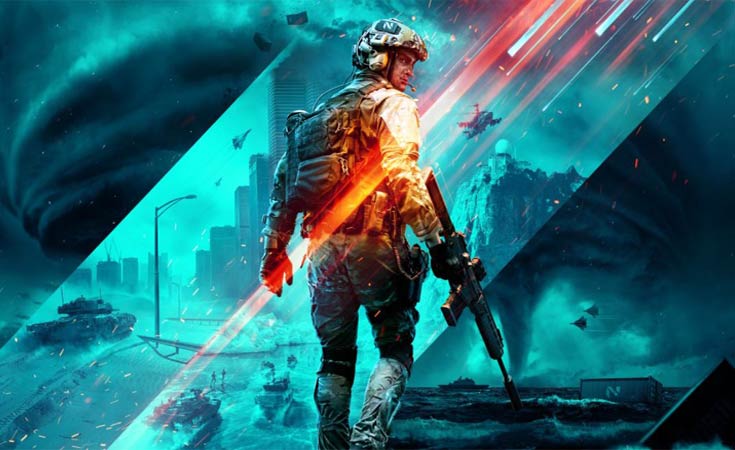 Before the game’s formal announcement later on today, screenshots from DICE’s new Battlefield game, thought to be called Battlefield 2042, have leaked on EA’s own Origin store. Not only new photographs have been released, but the Origin leak has also divulged more information about the game, including its beta and launch date.

A warrior in a paraglider flying away from a tornado, a helicopter moving upon a building with blasts in the background, and more troops jumping off a building and drifting to the ground in a wingsuit are all shown in the photographs. A tank is seen leading the way in another photograph.

In addition to the images, someone on reddit has revealed more undisclosed elements about Battlefield 2042, such as how the game’s storyline actually happens when the United States and Russia are on the verge of war.

According to the information leaked, Battlefield 2042 will contain seven maps with up to 128 players in locations such as Seoul and Egypt. Battlefield 2042 may double the player limit, which was previously set at 64 people.

The EA Origin Store feed has updated early and confirmed the game is called Battlefield 2042.

According to the leak, 2042 will have an open beta, with the complete game releasing on October 15.

Today, June 9, EA will publicly introduce the new Battlefield game at 7 a.m. PT/10 a.m. ET, so we won’t have to wait long to find out more.