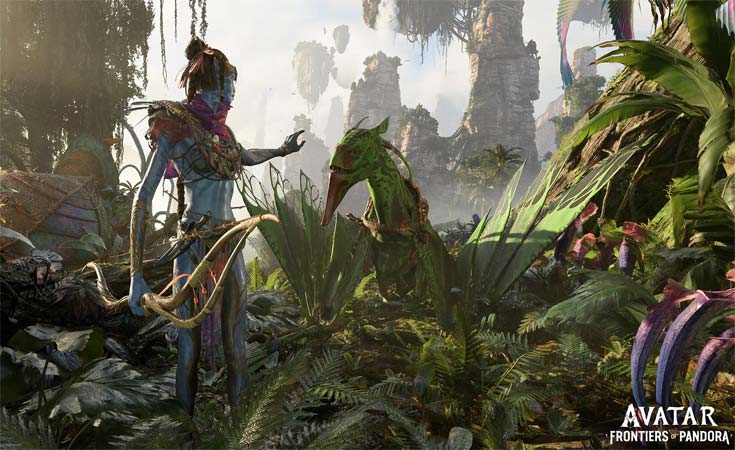 We’ve finally gotten the first glimpse at Ubisoft Massive’s Avatar game, which will be released in 2022, 4 years after it was first revealed.

The teaser for Avatar: Frontiers of Pandora, which was shown at today’s Ubisoft Forward E3 briefing, takes us back to Pandora, with glimpses of several gorgeous biomes. It’ll be a first-person explorable action and adventure game based in Pandora’s Western Frontier, a previously unseen region with a living and dynamic environment. It will confront the Na’vi facing humans and their mechs once more.

The Avatar game was first revealed in 2017, claiming to “extend and deeper in the Avatar universe in amazing and unique ways alongside the films” using the Snowdrop engine used for The Division. The Massive team collaborated with James Cameron’s production firm to create a game that will be radically different from The Division, focused on “environment and discoveries and nature.” Last year, the game was postponed until 2022.

Looking for a job as a Video Game Tester? You can find it on Jooble.