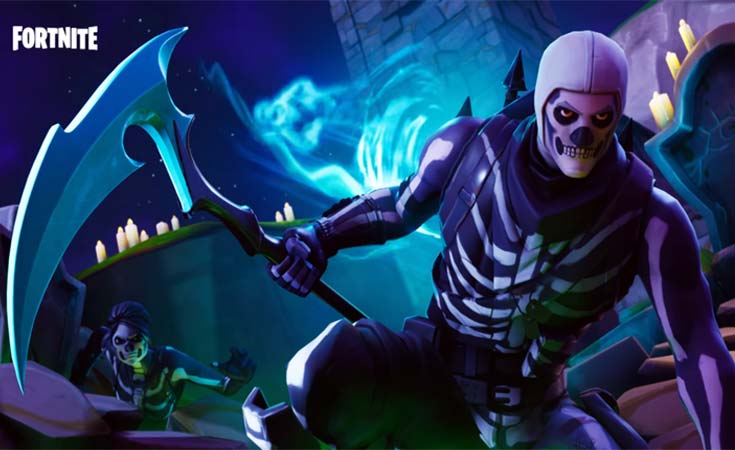 From the last week, a lot of rumors were circulating that Kevin The Cube will be going to make its presence in Fortnite after the conclusion of Season 7 Chapter 2. Season 7 is going to end on 7th September and after that, we will enter into the new Fortnite Season 8. The rumor has gained more momentum when the Ariana Grande Rift Tour concert concealed Kevin’s entrance this week.

For the first time Kevin The Cube appeared in the Season 6 of Fortnite when it began popping across the island and even wrecked the Titled Towers. But it was only remained for one season and was eliminated from the game with the conclusion of Season 6.

But according to some latest leaks in the last week, which has also told about the crossover with Suicide Squad and Ariana Grande concert, these hinted that Kevin The Cube would return back in Fortnite Season 8.

The purple Cube was noticed throughout Ariana Grande’s event, making this even more believable. Players went across a strange memory vortex thing right at the end of the Rift Tour that exhibited memories from Fortnite’s history.

In these images, one of them was of Kevin, however as fans have spotted, the Cube looks to have been on the new Fortnite Season 7 map, which it’s never been on previously, rather than the Season 6 map. When looking at the leaks, it appears that Epic is hinting at the comeback of the enigmatic Cube to the game.

The Cube was shown in the Fortnite Live event! 😱

The cube was in a NEW location (never seen before) making it 99% likely it’ll be RETURNING next season! 👍 pic.twitter.com/rmVA4reNr3

Season 7 will be ending on September 7 and Superman will arrive in Fortnite the following week. Chapter 2 Season 8 is set to premiere on September 13 and will most probably represent a Naruto crossover from the Shonen Jump anime series. We’ll have to wait and see what happens with Kevin the Cube.