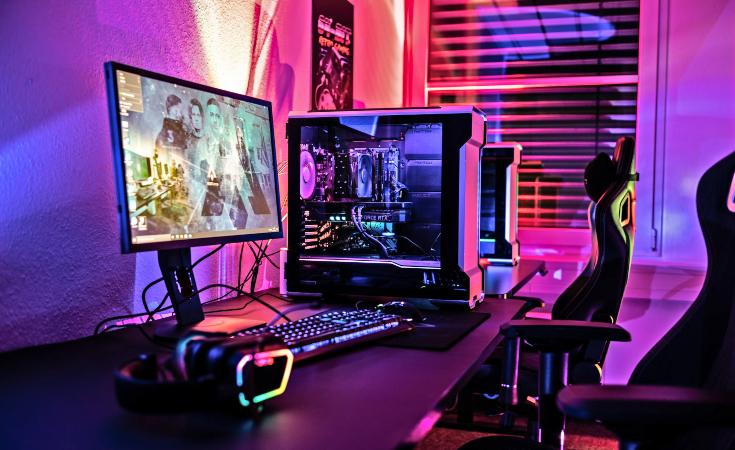 Gaming is one of the most rapidly growing industries in the world. Over the years, it evolved from arcade cabinets to a multi-billion dollar industry. And yet, user security remains unsafe at times. Cybercriminals, material shortages, and political situations put game developers, publishers, and gamers at risk. Let’s look at some of the biggest threats to the gaming industry.

As a gamer, you want to access the newest games and tech. Yet, the gaming world is on the edge of a massive chip shortage. It happens because of demand outpacing output capacity, the global pandemic, the China-United States trade war, Taiwan’s 2021 drought, and other reasons.

A shortage seriously affects production because electronic devices like gaming consoles rely on chips. As a result, more than 18 months after the launch, it is still near impossible to buy PlayStation 5 or Xbox Series X.

Current estimates expect the situation to improve in 2022, but it could take until 2023 to see the chip production catch up.

Since the invention of computers, malware has been just around the corner. Ever since the first malicious virus was shipped on a floppy disk back in 1986, hackers have become increasingly creative.

With the growth of the global gaming market, game studios were constantly targeted with cyberattacks. For instance, the CD Projekt Red studio, which stands behind titles such as Witcher 3 and Cyberpunk 2077, fell victim to a ransomware attack in 2020.

As part of the attack, source code from the studio’s upcoming game Cyberpunk 2077 has leaked to the internet. The attackers requested ransom, but CD Projekt Red refused to pay and restored its systems from backups.

Even though the CDPR avoided paying the ransom, this attack raised a question about the safety of the whole industry. Because how’s that getting the source code can be so easy?

War, civil unrest, and other adverse political events can lead to dire consequences for the gaming industry.

For instance, following the Russian invasion of Ukraine, the release of the highly anticipated S.T.A.L.K.E.R. 2 got significantly delayed. The leading developer studio, GSC Game World, has ultimately decided to move the development to the Czech Republic to continue working on the game in a safe environment.

Censorship is another way of politics interfering in the gaming world. Lately, China has increased censorship of video games, and it has become a tough area to navigate for game developers.

China is the biggest gaming market in the world, so now developers and publishers need to adapt their games to meet new local requirements.

Politics doesn’t have the biggest influence on the gaming industry, but it has just enough to put developer studios at risk.

Back in 2021, Facebook reported a massive leak of personal information. It was not the first (nor the last) time the Silicon Valley-based tech giant was subject to a hacker attack.

Facebook, while not a gaming service per se, is still one of the largest platforms for gamers. With over 700 million monthly players, calling Facebook a small gaming outlet is an understatement. Games such as Clash of Clans or the numerous titles under the Bejeweled banner are among the most popular video games in the world.

With platforms such as PlayStation Network, Xbox Live, Steam, and Facebook collecting more and more personal information by the day, gamers may fall victims to identity theft.

This can potentially result in data leaks and financial losses, at least.

While some of the threats to the gaming industry listed above are hard to prepare for (like political situations), you can still take precautions to ensure you’re safe while gaming.

With a few simple tweaks, your gaming experience will be safe and sound. So, game on!