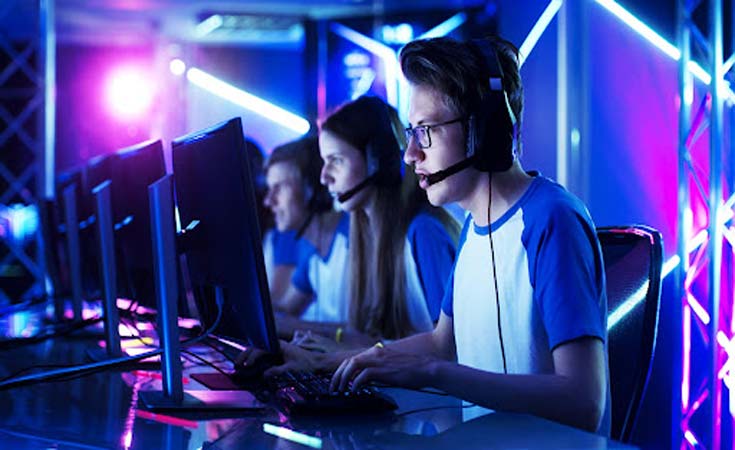 Cloud Computing is a revolution in the field of IT domain. It replaced the traditional methods of storing and computing dependencies that were good for a while, but with growing storage and computation needs, it plagued the growth of different companies. Cloud was earlier touted to be just a fad, but when the results started surfacing every domain started taking note of this technology and rolled out plans to adopt it. Here we will discuss the adoption of the Cloud, the importance of pursuing Cloud Computing online courses and the benefits that Gaming industries are reaping.

Cloud Computing offers you industry-grade security, which the traditional gaming industry cannot offer to their customers. The Cloud integration to the Gaming industry has made it more secure and prevents hacking from interrupting the gaming experience. In this Cloud Computing era, the gaming data of every customer is fed to the virtual storage systems, which makes the whole process more safer and secure.

Integrating the Cloud into the Gaming industry has given rise to a trend of playing high-end games even on lower-end machines, which wasn’t possible earlier. There were many limitations of using lower-end devices because they had lower memory, graphic capacity and delivered poor performances due to inferior processing capabilities while playing high-end games in them. Now, due to the cloud, these problems are solved, and thus this platform offers you an exceptional gaming experience that you can enjoy on any device.

It is another aspect that makes Cloud integration fantastic for the Gaming industry. That reduces costs. In the earlier model, where the traditional gaming industry was renting out bandwidths to handle the traffic. If traffic was high, these companies had to shell out more money to handle the high traffic. This situation arrived only when a company released a new game series or title.

Rest all the time these companies used to keep the servers and bandwidths with them, and only 10% of them were handling the traffic and the rest 90% were idle, and the company was paying them uselessly. With this dynamic nature of the Cloud, these companies can use all services in a pay-as-you-go service model.

Piracy is another problem that plagued the Gaming industry’s growth and profits. But now, with Cloud Computing, these gaming companies are offering customers the game directly through the internet.

So in that way, they avoid releasing the game into the market and thus avoids piracy problems. Customers today log into dedicated cloud servers to access and play games through their personal devices. This way of accessing games and playing them reduces any sorts of manipulations and interruptions that could affect the novelty of the original game.

Earlier since the game was installed on devices, you had to go back to the device each time to access and play. With the game being offered directly from the Cloud, users can access it from any device of their choice. I

t creates a win-win situation for both the companies and the customers, as the company is streaming games 24*7. Customers can play the game whenever they wish and on whichever device they wish to play in.

Constant support from the Back-end

Cloud offers many advantages over the traditional methods that create new demand and garner more profit and customer retention. Earlier the games were updated very few times. If any bug or error is in the game, the developers would have to release another update, and the whole process becomes cumbersome.

What Cloud has done is that it allows the Back-end team to update the game more frequently and manage games in a flexible and scalable environment. This level of flexibility allows the gamers to play and access their game more frequently. It helps developers to send reports and information to users immediately.

Cloud saves all the customer data virtually so the users can access their settings as soon as they log in to any device. This level of ease and flexibility offers the best engaging experience for maximum satisfaction. Cloud computing courses like the Azure course help in gaining expertise in handling cloud-based applications.

Earlier the gaming industry was very disconnected from the customers. If a user starts playing a game, he/she can only play that game. If they have to play a different game, they have to buy another from a shop or online.

But with Cloud adoption, the customers can play multiple games at a time. Thus paving way for higher uptime and profits for the Gaming industry. It brings dynamism within the Gaming Industry, and users can now play a game of their choice with much ease.