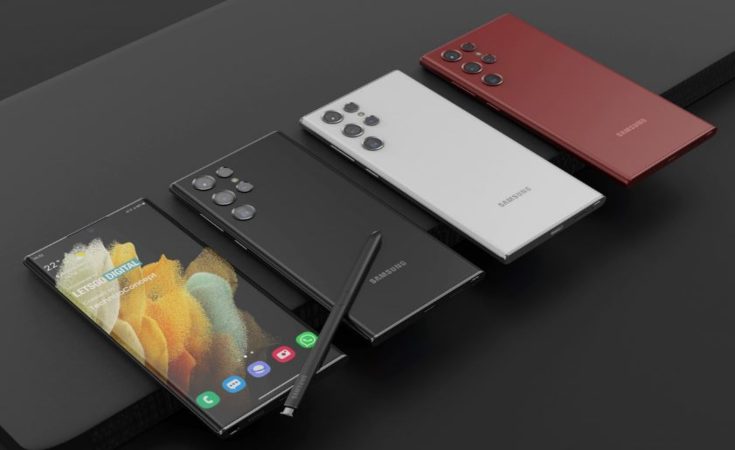 Rumors have surfaced that some major upgrades are in store for the Samsung Galaxy S22‘s more affordable variants, the Galaxy S22 and S22 Plus. Both of these are expected to get significant improvements to their cameras, CPUs, and displays, though they will not be much striking if we compare them with the Galaxy S22 Ultra.

The Samsung Unpacked event 2022, which is rumored to take place on February 9th, will reveal which things are true and what is not. While we wait for the modifications we hope to see, these are some of the ones we are most anticipating.

A New Small Dimension For S22 and S22 Plus

The term “phablet” can be applied to almost any smartphone now on the market. In contrast, Samsung’s new Galaxy S22 and S22 Plus appear to have reversed the pattern of continual size increases by shrinking slightly – 6.2 to 6.06 inches in the S22’s instance and from 6.7 to 6.5 inches in the S22 Plus.

If the stories are accurate, we’ll be having a tight look at battery life after we grab these handsets and discover that they’re smaller than expected. A smaller size, however, could prove to be an advantage for people who have smaller hands or pockets.

There is a rumored inclusion of a 3x zoom lens camera, which would be a welcome enhancement. There was only a 3x hybrid zoom on earlier Galaxy S devices (obviously, not including ultra variants) and it was a combination of optical and digital zoom. So this year, according to the speculations, the optical magnification will be completely optical.

That’s remarkable since it matches or perhaps surpasses the telephoto capabilities of more premium smartphones. For example, the 3x zoom on the iPhone 13 Pro and iPhone 13 Pro Max. The telephoto lens on the OnePlus 10 Pro is capable of 3.3x zoom, whereas the lens on the Pixel 6 Pro is capable of 4x zoom. At this pricing point, finding a phone with better zoom is unlikely.

Samsung has been employing 12MP main cameras since the Galaxy S7, except the newest Ultra variants, and is now believed to be switching to 50MP. The Samsung GN1 sensor, if it’s used in these smartphones, will result in better-looking photographs. Even so, it’s the same technology used in Google’s Pixel 6.

But the sensor isn’t the only reason for being thrilled. “Adaptive Pixel” cameras are also rumored to be coming to the Galaxy S22 and Galaxy S22 Plus, which would allow them to shoot images both at high and low resolutions, as well. Using pixel-binning, a technique for expanding virtual pixels from the sensor’s actual ones, to collect more light from a scene, isn’t a one-off phenomenon. It will be exciting in seeing what Samsung plans to do about the capacity to expand small images to make bigger ones like an established camera phone option.

It’s really essential for handsets to provide a responsive refresh rate since it blends power usage with a pleasant customer experience. Since last year’s models had it, this might be going to upgrade this time around.

The S22 Plus (and maybe the S22’s base model) could get LTPO displays instead. S21 and S21 Plus can only accomplish 48Hz refresh rates, but the S22 and S22 Plus could achieve as low as 1Hz using this technology instead of LTPS screens from last year. The screen would still be crisp, but the battery would last longer.

The Galaxy S22 is expected to use the latest processor generation. The Snapdragon 8 Gen 1 in the US, or the Samsung Exynos 2200 in other countries, are the two options. S22 and S22 Plus are expected to deliver most of the year’s finest performance numbers thanks to their amazing reported benchmarks.

However, the Exynos 2200 CPU in the S22 handsets gives it a distinct advantage over the competition. RDNA 2 architecture in the Exynos 2200 GPU offers greater efficiency and ray-tracing visual capabilities that could push the S22 family above the current best gaming phones.