Another Eden is a role-playing game developed by Wright Flyer Studio. It is free to play on Android, iOS, and Microsoft gaming. Another Eden is releasing a port for Nintendo users. Another Eden features 84 chapters in which the player has to travel through the past, present, and future.

Radias is a female character from the S tier. She was released on July 28th, 2020. She has 2 blades and a shield. One blade is giant and visible, while the other blade is hidden. She slashes enemies with her massive blade. Radias comes with an element of Fire with weapon type Sword and accessory type Bangle. Radios type is Light. Her Personality includes Miglance Palace, Sword Sheild. The rarity level of Radias is 4-5. Radias has HP up to 4448, MP up to 377, and Power up to 206. Radias can be obtained through dreams. You can unlock her quests in Unigan Tavern by clearing Two Knights and Holy Sword and by clearing the main Story of Chapter 13. Daisy is another powerful female and one of the best characters in Another Eden. She was released on September 30th, 2021. She is a powerful character with a blunt attack type. Her weapon includes a hammer (blunt) with attack type Blunt and accessory type Bangle. Daisy rarity level is 4-5 with an HP up to 3444, MP 413, and with great power of 261. She can be obtained from dreams, and her quests can be unlocked by clearing the main story of Chapter 13, reaching level 5. 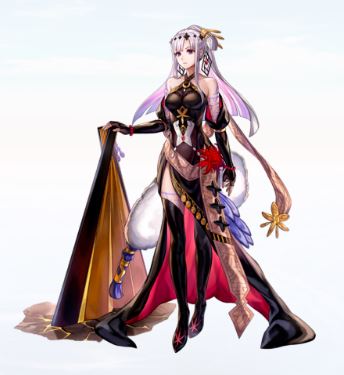 Lokido is another S-tier character who is half human and half-beast. Lokido is the character nobody wants to mess with. The special power of Lokido is he can debuff Earth and Blunt-type resistance of the enemies. Lokido has a rarity of 4-5. The Max level of Lokido is 80. His attack type is Blunt with weapon type Fist. Lokido has great HP up to 4448, MP 377, PWR 228, and INT 159. Lokido can be obtained from dreams. Lokido was released on Jan 29th, 2020. Lokido quests include The key Claw and Sunflower. You can unlock this quest in Karek Swampland by clearing the main story of Chapter 13, reaching level 5.

Yuna, among other S-tier characters, is a lethal female character. She was released on April 11th, 2019. Her max level is 80 with element none and water. Her weapon type is staff, armor type ring, and attack type magic. She can debuff the power, type, physical resistance, and intelligence. Yuna has an amazing HP up to 3284, MP 575, PWR 146, INT 216. Yuna’s character is the light type.  You can obtain her from dreams. Yuna’s First quest is To the East we go, for holy water awaits. You can unlock this quest in Parsifal Palace by clearing the main story of Chapter 7 and reaching level 5. Thillelille is capable of good single target damage, but her main skill is to reduce damage multiplier and then hit multiple enemies. She can also decrease physical resistance from a single target. Her role is dealing with the damage and providing offense support. She has a rarity of 4-5 with a max level of 80. Her attack type is Slash, weapon type Sword, and armor type Bangle. Her affinity is Shadow. Thillelille has HP up to 3444, MP 413, PWR 230, and INT 174. She was released on Nov 5th, 2020, and can be obtained from dreams. Her first quest location is Zol Plains which can be unlocked by clearing the main story of Chapter 13.

Suzzette is a girl character from Elzion. Her roles include Damage Dealer and Defense supporter. Suzette comes with a rarity of 4-5 with a max level of 80. Suzette has an exception for all target damage multipliers up to 1890%. She can also cause pain and poison on enemies. Adding more it this skill can decrease the PWR of all enemies by 30%. Suzette element is Wind with attack type Pierce, Weapon Type Spear, and armor type Bangle. Her affinity is Light with personality Sweet tooth, Lance. Suzette can be obtained from dreams. She was released on January 28th, 2019. Suzette has HP up to 3444, MP 413, PWR 211, and intelligence 146. Renri is another amazing character in Another Eden. She is an inspector of Judiciary for Elzion. Her tasks include fighting with criminals to maintain fair and impartial justice. Renri’s role is of Offense and Defense supporter. Her skills include debuff PWR and INT by 25% and SPD by 50% for all the enemies. Moreover, she also guarantees one of three Pain grasta enablers in the fire. Renri has a rarity level of 4-5 with the element fire. Her attack type is Slash and her weapon type is Ax. Moreover, her type is Light. Renri has max HP up to 4448, MP 377, PWR 237, INT 143. Players can obtain Renri’s character from dreams. Furthermore, this character was released on September 20th, 2019.

Toova is a witch character who has control over skeletons and dead bodies. Her element is Earth, and the Attack type is magic. With the help, she can bring down enemies during combat. Toova weapon type is Staff (Blunt) with accessory Ring. She is a Light type of character with personalities including Staff, Spirit Fused, Nicknamer as she loves to give unusual nicknames and lastly, Funeral. She has amazing HP up to 3124, MP 656, PWR 147, INT 233. Her roles include Damage dealer and offense supporter. Toova is a great character who can manifest required weapons and buff enemies with the help of an earth-type magic attack. One of the quests is First Love’s devotion. Users can unlock by clearing the Main story of Chapter 5 and reaching level 5.