In the presence of other role-playing games available in the industry, ARK: Survival Evolved is an amazing game that you can play with your friends. ARK fans regularly ask the most important question on the internet: Is ARK cross-platform? Most of the players are very confused about the cross-platform support of this game between different platforms.

ARK: Survival Evolved had gained popularity within a short period of time after its launch on Windows, Linux, macOS, PS4, and Xbox One in 2017. Later in 2018, the devs had also released the title for Nintendo, Android, and iOS. Having huge demand for the game, even in 2022, the fans are very keen to know about the ARK crossplay support. The players want to play this game with their friends on multiple platforms.

The benefit of the crossplay support is that it makes it easy for the gamers to play with each other even if they are on different platforms. It’s also a fact for the great success of any game because players will recommend the game to their friends who are using different systems.

Thankfully, there is ARK: Survival Evolved crossplay feature available in the game. But it is only for the players on PC and Xbox One consoles. Now, we will discuss the fans’ most demanding question, “Is ARK cross-platform?” in the below section.

ARK: Survival Evolved is a fantasy and amazing role-play video game released in August 2017. The game has made many loyal followers after the successful launch. The game’s fan base has increased incredibly because of the arrival of continuous updates and events. 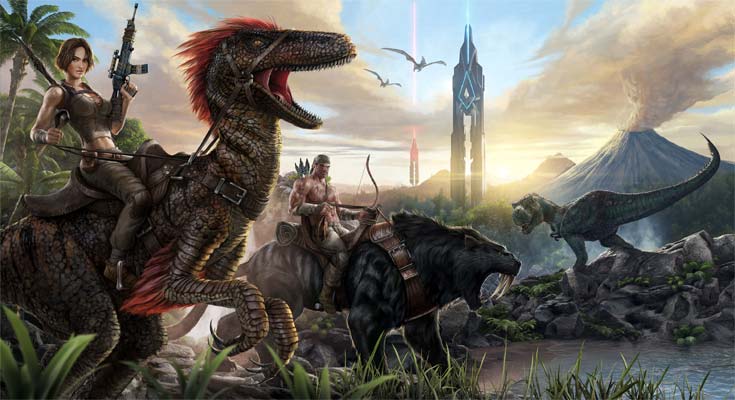 It’s the best survival game in the open world for anyone to explore with friends. When you start the game for the first time, your character will contain nothing but clothes and a flashlight on its back. The game’s name suggests that you aim to survive in the match, but survival will not be easy. You will face a lot of difficulties and challenges during your survival.

As a player in Ark: Survival Evolved, you must create firearms to protect yourself from deadly dinosaurs and enemies in this massive game. From sands to rainforests, players will experience a wide variety of locations in this title. Spelunking can provide precious items like metal that can be used to craft armor and weapons from rock.

The most enjoyable and attractive thing about the game is the dinosaurs. The players can do anything with them they want. They can chase, kill, tame, and even ride on these giant dinosaurs. Water and food are the necessary things to stay alive in the game. Players can also get rid of their hunger by eating the animals they kill. The players require to discover better weapons and equipment as quickly as possible to remain in the game longer.

As the game’s popularity has grown, its creators have deployed more servers to accommodate the influx of new users. Is Ark crossplay? is a query that emerges because of this. It’s common for gamers to desire to play together with their pals on various platforms.

Every day, this question has been asked on the ARK official forum and in other communities because players want to know whether they can play with their fellows across multiple platforms or not. 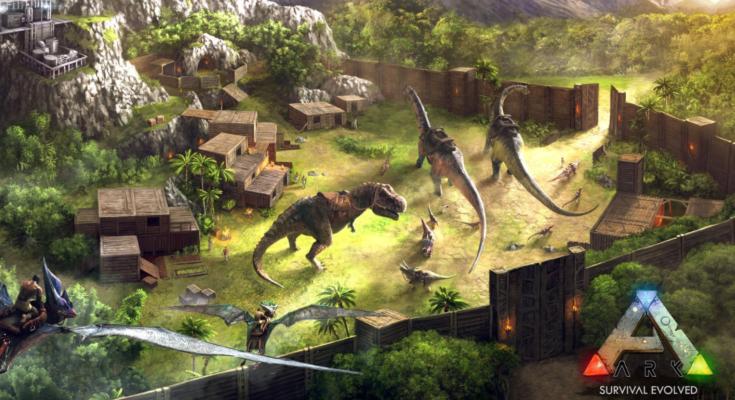 Because so many gamers use different systems of their preference for gaming, a need for cross-platform support arises because it makes things very simple and easy. Because by having crossplay support, players can play with each other without thinking about the platforms or systems they are on.

So, the case with this game is that there is ARK cross-platform feature available in the game but not for everyone. The point of notice is that players face some restrictions in the ARK crossplay. Only PC and Xbox or Android and iOS players can enjoy this functionality. However, you can only play with Xbox players if you have purchased the game from the Microsoft store.

If you are on PC and buy the game from Steam Store or Epic Games Store, you will not get this feature. The reason is the incompatibility of Xbox One with Steam and Epic platforms. Bad news for the PlayStation players, there is no cross-platform support for ARK in PS4 and PS5. The same situation is in the case of Nintendo Switch and Switch Lite console systems.

To get a better concept of the ARK: Survival Evolved crossplay support. Let’s dive into more detail.

Is ARK Cross-Platform Xbox and PC?

The PC and Xbox console gamers are the luckiest ones in the case of the ARK crossplay feature. These players can play with each other because these systems support cross-platform.

But a specific condition applies for this support. PC players can only enjoy the game with their friends on Xbox if they purchase ARK: Survival Evolved from the Microsoft Windows Store.

The reason is that Microsoft is the owner of both Windows and Xbox, so there is compatibility between them. But if PC gamers buy the game from Steam or Epic store, these are not convenient with the Xbox One, and that’s why the players can’t play across PC and Xbox console systems.

If you are playing on the PC and you want to play with a friend who is on PS4, then you are not allowed to do that. The developers have not released the ARK cross-platform for the PlayStation 4 console.

The PS4 players are not the luckiest ones if they want to play across multiple platforms. The players can only be able to play together if they all are using PS4. Maybe, one of the facts is the limitations imposed by Sony for crossplay in console devices.

Very sad to say, there is the same scenario as with PC and PS4. ARK crossplay is not available between Xbox and PS4. It means Xbox players are restricted from playing with other players who are on PS4.

We don’t know whether it is due to Sony’s limitations for the crossplay or some other reason. But that’s the deal with ARK: Survival Evolved crossplay feature in the PS4 situation. We can’t expect any good news in the upcoming time because there aren’t any rumors regarding this.

But we can only wait and hope that the developers will give us some updates in the future related to the ARK crossplay between Xbox and PS4.

Is ARK Cross-Platform PS4 and PS5?

If you play ARK: Survival Evolved on a PlayStation 4 or PlayStation 5, you’ll be able to play with other players from the same platform because both consoles are made by Sony and run on the same operating system setup.

Is ARK Crossplay Steam and Xbox?

For PC gamers, there are three different platforms from where they can buy ARK: Survival Evolved. These are Microsoft Windows Store, Steam Store, and Epic Games Store.

In the case of Microsoft Store, neither Steam players nor Epic Games users can play the game with those who have bought ARK from Microsoft. As a Steam user, you are not allowed to play with other PC and Xbox players who own the game from Microsoft Windows Store.

Is ARK Crossplay Epic and Steam?

The ARK cross-platform feature is available if players buy the game from the Steam or Epic store. But the players can only play with each other if all of them purchase the game from Steam and Epic Stores.

So, the situation is that if you obtain the ARK: Survival Evolved from Steam Store and your friend purchases it from Epic Games Store. Then there is ARK crossplay support available. Both of you can play together because of the compatibility between the two platforms.

Is ARK Crossplay Epic and Xbox?

As we have already discussed in the Steam and Xbox One section, the Xbox console is not compatible with Steam and Epic.

Only the Steam and Epic players can play with each other but not with those on any other platforms. So, the players of Epic Games can’t play ARK with friends who are using Xbox One consoles.

There is good news for Android and iOS players. ARK has cross-platform support between Android and iOS devices. It means it doesn’t matter if you are on an Android smartphone and your friend uses iPhone. Both of you can play ARK: Survival Evolved with each other.

In that manner, the mobile players can also play with iPad users. You get the option to launch the game by using Facebook or Google account, PlayStation Network, and Epic account. It’s your choice which accounts you use for the game.

Nintendo and PlayStation are two fundamentally separate systems; you can’t use them to play ARK crossplay. Both are built differently; they use separate settings and graphics features, and as a result, their specifications don’t match. As a result, ARK cross-platform does not work between PlayStation 4 and Nintendo Switch.

There are no chances that crossplay will come even in the future. Because so far, we don’t have any rumors or news about that. The developers are not focusing on ARK crossplay support. Instead, they are working on the development of ARK 2.

Is ARK Cross-Platform Xbox and Mobile?

Unfortunately, ARK does not work on both Xbox and mobile. Unlike smartphones which operate on Android, Xbox is a device that runs on Windows.

Due to the considerable refactoring of the core logic required, ARK crossplay support for Xbox and mobile devices is not currently planned.

So, this is the complete and detailed guide about “Is ARK cross-platform” between PS4, Xbox, PC, Nintendo Switch, Android, and iOS platforms. I hope you have clearly understood and cleared your confusion about the ARK crossplay.

ARK offers cross-platform compatibility on a small scale, and it is only available for Xbox/PC players who purchase the game from Microsoft Store. In another scenario, both Steam and Epic users can play with each other. It also contains crossplay across Android and iOS devices.

In the end, I will say that ARK: Survival Evolved is great fun to play with your friends and explore the open world of the game. So, we only hope that the game will feature crossplay support across all the platforms in the upcoming time.