Minecraft is one of the most renowned games of all time. And the primary reason why it is like that, it allows players to run wild with imagination and provides them a platform to showcase their talents and artistic diversity. All through the visuals are a little turbid it does not limit people in trying and making these amazing worlds in these amazing games.

Something that made the news recently was built made on the theme of Cyberpunk. The creator Megastores claimed praise for doing the unbelievable by creating a Cyberpunk skyscraper.

Here are 8 Minecraft buildings that show that over the course of all these years there have been made some really cool buildings that are fit a Sci-Fi World.

Minecraft is that the premium contents are paid and hence many common gamers can’t afford them. Same problem with Fortnite, Roblox, free fire, or any other game in that matter. You can have a look at Minecraft and Fortnite Account free for a lifetime. Megatorius the artist behind this build stated that he was heavily inspired by Asian architecture and specifically named Kowloon Walled city in Hongkong city. He posted this image on Reddit and it was an instant hit. Named the Cyberpunk Scrapper people loved it.

2. World of The Legend of Zelda: Breath of the Wild

The ever-glorious legend of Zelda is getting a tribute by Ig_cuber. He is on a mission to create all the worlds of the game and has started with the Great Plateau. The final part is a thing to behold.

The creator has done a marvelous job creating that build. He also plans to complete the entire world and set the world to a downloadable set. Let’s wish him the very best in this mammoth task that he has undertaken. 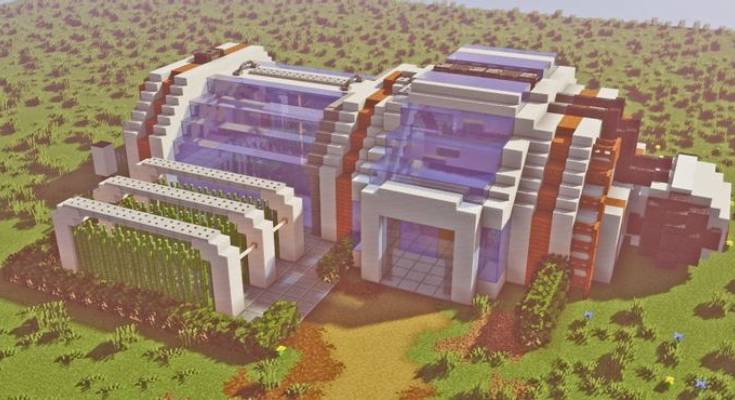 A Minecraft player by the name of IcyStudiosGames on Reddit has shared an image of this ridiculous build that he made. He has created a comprehensive build on the side of the mountain and the results are staggering. The aesthetic sees the city entrapped in a circle. He named it ‘into the circle’. 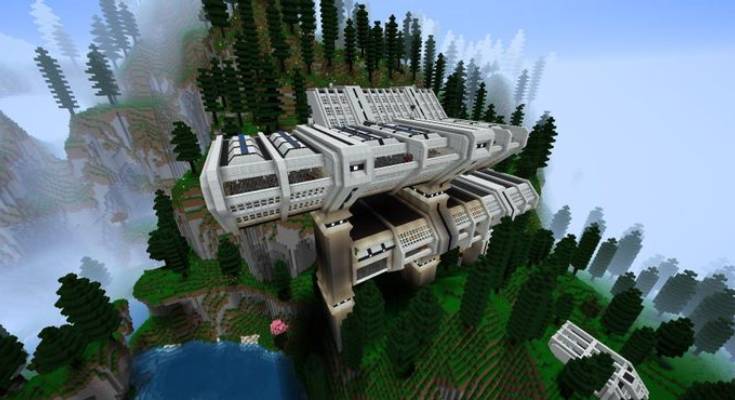 Feels like a villainous base from the outside but is extremely cool and daunting. Gives the vibe of the intro base in the avenger’s Age of Ultron. Created by ‘Type-high’ the build looks like it comes directly out of the mountain. Glass being the main component of the build. An extremely lavish and futuristic house underwater seems an enticing prospect. Created by SheepGG This design, in particular, is only suitable for shallow waters, but it could easily be modified or expanded for a deeper setting. The beacon on top serves as an entryway from the surface, and the two main chambers are wonderfully cozy, with views of the ocean floor. The Burj Khalifa-like Minecraft building made by HexRegulus ticks all the right points of a Sci-Fi building additionally adding to the dystopian vibe. The layering and concrete and everything add to the aesthetics.

Then there’s the building’s curved design, which makes it stand out on a city block. It’d be completely impractical in real life, but it’s exactly what sci-fi architects love to design. The sci-fi world and spaceship are incomplete without each other. The design by MinecraftRepro resembles the ‘Millennium Falcon YT’ (for the Star Wars fans).

Massive galaxy-class ships are great, but these are faster, more agile, and much more visually appealing. The design of this Minecraft building has a lot going on, but it only uses a few colors to make everything stand out. It’s ideal to have in the air over whatever futuristic city player’s construct. This design by DiddiHD entices engineers, especially Mechanical ones. Ones who could not make their own factory now have a chance to create one in Minecraft 😉. The rings add to the look and the colors add to the beauty as well.

The circular nature of the entrance chambers gives out a unique look as well. The levels can be extended so as to provide for extra machinery that you need to place according to your necessity.

Well, these are 8 out of the countless marvelous sci-fi Minecraft buildings made by talented individuals in the game.  Some of the mentions include Futuristic greenhouse By F01Ko, All-purpose Tower by PixelDrake. Under the End by Grian and many more. Maybe there will be your design, your world that will be featured in this article so get on and give the world the design it has not seen yet.