After the successful release, Fortnite Season 7 is making its way towards the end, and we are getting significantly closer to Fortnite Season 8. Already, the alien invasion theme of Season 7 has won the hearts of the Fornite lovers. Every time, Epic Games try to launch the new Season containing many tweaks and exciting things.

Usually, the fans start asking about the release of the new Season, its battle pass, and what new skins are coming in advance. Unfortunately, there is no official announcement about the release date of Fortnite Season 8 patch notes from Epic Games. But one thing which we know is that, by spending each day, we are getting closer and closer to the launch of a new exciting season.

By keeping things in mind, we are here to tell you about the latest Fortnite Season 8 Battle Pass, its release date, and new upcoming unique skins.

What is the Fortnite Season 8 Release Date?

The Fortnite Season 8 start date is the most demanding question between the fans. Still, Epic is not interested in revealing the details about the new exciting Season 8. So, they are keeping things a secret. It makes sense because the game offers something new every week. The developers aim to maintain the players to invest in Fornite Season 7 until the new Season takes place with some new additions.

When you see the bottom of the Battle Pass section of Season 7, you will see the end date of September 12. By considering this point, we can assume that Fortnite Season 8 release date will be September 13. It’s not confirmed yet, and this date may change according to the development and maintenance of the Fortnite Season 8 patch notes. But it will not take 1 or 2 days extra.

Epic always seems reasonably solid in anticipating game start times, with servers typically available to work between 5 a.m. and 6 a.m. Eastern on the launch day. However, in some recent seasons, Epic has begun to make the game offline at around 2 a.m. Eastern to ensure everything is OK before the release happens on time.

The biggest and first thing we see just after entering the new Season is the Battle Pass. When we talk about the leaks, the Epic is very serious and knows how to maintain the fate of the Fornite game. But it doesn’t matter in the case of Fortnite Season 8. A few leaks on the subreddit FortniteLeaks were published in the middle of July. These have given fans some little hints about what is coming in the new Fortnite Season 8 Battle Pass. 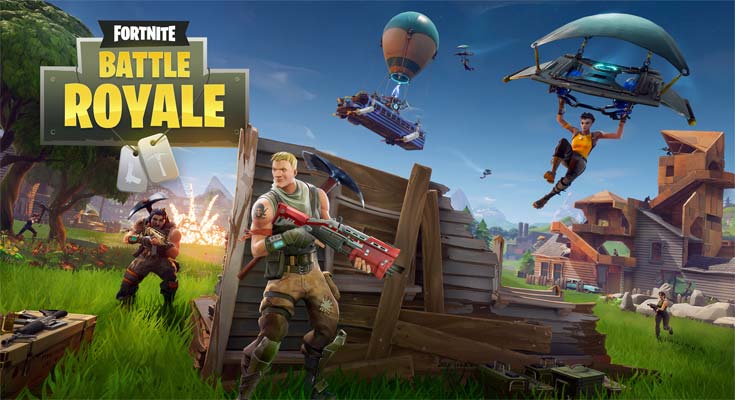 An unknown source with a track record of accurate leaks has informed the moderators that Epic has gained access privileges to Naruto. So there are also chances that we will see a boy ninja in the new Season 8 Battle Pass.

But we can’t completely trust these leaks which appear on social platforms and communities. But the fact about this source is that it has already been proven true two times before. They had told about the Ariana Grande Rift Tour concert and the Suicide Squad crossover weeks before they came into the place.

According to the source, the following are some leaks which we may see in the upcoming Fortnite Season 8 patch notes:

Remember, these are just leaks, and rumors appear on different platforms over the internet. So, maybe, we will see a change in the rewards after we get the new Season. But anyway, that is all that we know so far about the Fortnite Season 8 leaks and rewards.

Check also:- How To Tame A Fox In Minecraft

What significant changes will you see in Fortnite Season 8?

There is one asking question what changes will be made in the next Season after Season 7 ends? Unfortunately, we don’t have any exact information about the new season theme and what additions we will get. But we can expect one thing that will remain the same even in Fortnite Season 8: the Battle Stars.

The Battle Stars had been eliminated from the game after the end of Chapter 1. But once again, they have been added in Fortnite Season 7 Chapter 2. So now, the question is will these be available in Season 8? Considering their lengthy departure and significant statement on the official Fortnite platforms, it’s clear that they are not included only in the one Season. In simple words, the players are more undoubtedly able to use their Battle Stars even in Fortnite Season 8 to obtain the Battle Pass rewards.

How many V-bucks will be required to buy Fortnite Season 8 Battle Pass?

Fortnite is a free game to install and play, but you can’t get too many rewards without Battle Pass. So if you purchase Fortnite Battle Pass, you will get several amazing rewards and skins. But the question is, how much this Battle Pass will cost?

The Fortnite Season 8 Battle Pass is expected to be available in 950 V-bucks. It means a small V-bucks bundle is enough to buy a new Battle Pass. This bundle at the Fortnite Store is available at $7.99 / £6.49, which includes 1000 V-bucks.

So, that’s all from our side about the Fortnite Season 8 release date and Battle Pass. But still, there is much more info that will come next. Because Epic has to make big announcements when we close to Season 8. We will also update this post as soon as we get some more information about the new Season 8 Battle Pass and rewards. So, stay with us!