Online Video games have had to endure years of bad press, usually from older generations who didn’t indulge, about the negative effects they have on young people. However, now that online video games have become a staple part of everyday life, there are studies being published that show that they actually teach valuable skills that children and young adults are able to apply to a variety of situations; skills such as communication, teamwork, logical reasoning, and resource management.

One of the most uttered arguments against video games was that they isolated players, but this has been pretty much nullified now that most games include a sociable multiplayer function. Faster broadband speeds and better computer processors are now able to handle real-time conversations which allow people to socialize while gaming.

One thing that early video games lacked was the ability to play against your friends rather than a computer enemy. To add some competition, you either had to take turns, compare high scores, or be technologically skilled enough to know how to wire your computers together. While completing a game and beating the boss level comes with certain bragging rights, being able to slaughter your friends is always far more entertaining, especially if you can hear their reactions.

And it’s not just friends, modern gamers also enjoy the chance to go up against other skilled players. This is how the eSports arena was born, out of a desire for gamers to find out who really was the best of the best.

Live games allow players to compete against each other from across the world.

Chat functions work in a couple of different ways, depending on the game. Some PC games use written text boxes for players to type messages into, especially when games are played within a communal server like MMORPGs. This means people can chat with other players in their vicinity and use it as a way to make new friends – something which 80% of gamers say is an important aspect of social gaming. 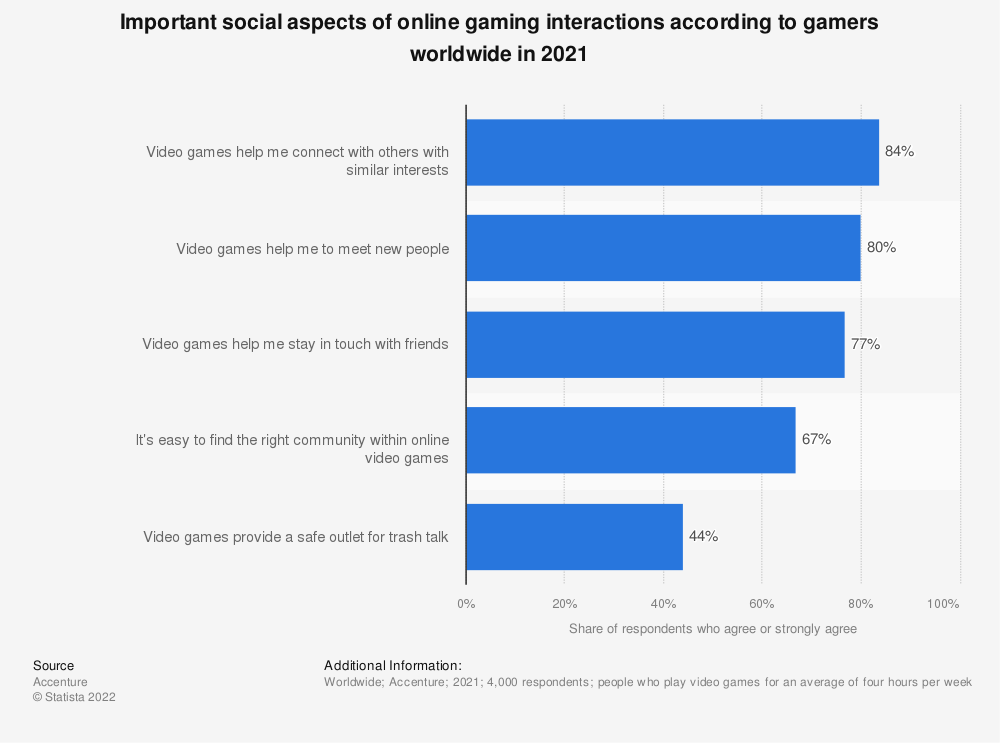 Other video games connect users through audio, meaning you can talk directly to anyone in your party. The downside of this is that most consoles require you to purchase additional equipment, like a microphone and headset, in order to fully participate.

Live chat functions have huge advantages, like being able to plan strategies as they happen, as well as socializing with friends and enjoying a shared experience.

The online casino industry has taken live gaming one step further by using video streaming software to provide players with an experience more akin to that of playing in a land-based casino. Players can log in online and access live-streamed games which involve a real dealer in a casino location, dealing cards, or spinning a roulette wheel. Many players say this gives the games their authentic feel back, as the play no longer relies on random number generators to determine the outcomes, but instead factors in deck limits and the way different dealers spin.

Live casino games have been very popular for a few years now, and every major online casino operator offers a variety of them on their sites. Live gaming addressed the main criticism of online casinos – that they were missing the social aspect of gambling. While the dealer cannot see the players at home, there is a chat link set up. Players can type questions, comments, and rule queries into the chat and send their messages directly to the dealer, who can then answer out loud in real-time.

Live casino games have become popular as many players believe the game is more interactive and less biased.

In a world where workdays are getting longer and people are spreading out across a wider geographical range, it’s getting harder to maintain social connections solely through personal contact. Being able to connect with friends through phone calls, video chats, and live online video games have given young people a much-needed range of social options to help them stay in touch.

Rather than video games isolating people, the added social functions allow them to meet new people all over the world, people who share their interests and have common experiences. Whether it’s through online poker, World of Warcraft, or Call of Duty, chatting in video games can help you make new friends as well as keep in touch with old ones.

Video games have definitely become more sociable than they used to be. This has partly been driven by advances in technology which have made it possible for real-time communication to be integrated into the game designs, and partly by the desire for gamers to add an element of socialization and competition to the gaming experience. Whether it’s teaming up with friends to tackle a difficult campaign, waging war on groups of strangers, or battling your mates to see who has the fastest fingers, there’s no denying that video games have been enriched by the multiplayer experience.